Matt has been with Henderson since 2010 as a Superintendent. Every day Matt comes to work with the intention to have fun, but also get the job done as his job is to manage the subcontractors and keep the job on schedule. His favorite project he has worked on was Verbolten at Busch Gardens mainly because it was his first roller coaster. He also enjoyed working on the St Bede Church project where his family has been members since 1976.

Matt is originally from Hampton before moving to Williamsburg where he still resides on the same land his parents bought back in 1961. He has 6 kids and a beagle named Peanut. When he is not working, he is still working outside but around his house. He says it helps him think but he is learning how to relax more. He also enjoys hunting and fishing when he can. 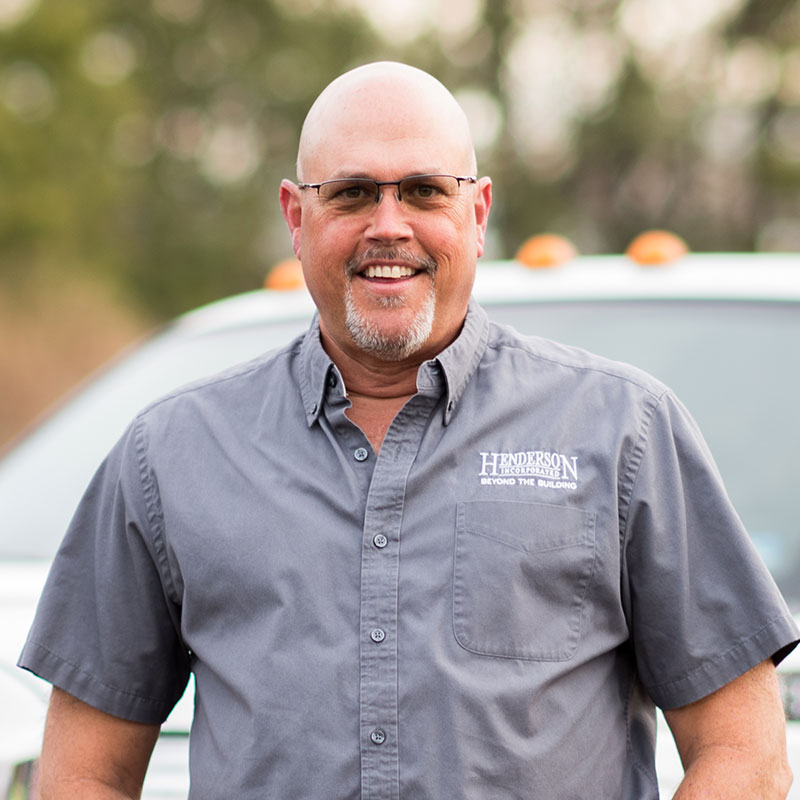 Community Support:
He enjoys supporting his Church and is a 4th degree Knight with the Knights of Columbus.